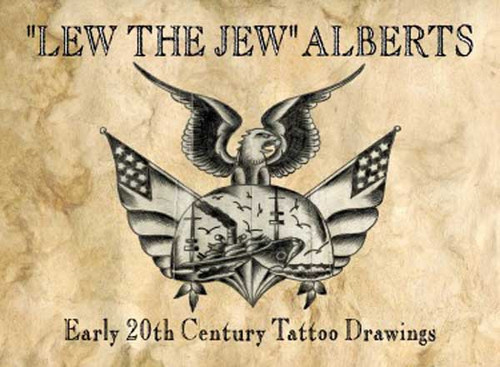 Albert Kurzman (1880-1954)— aka “Lew the Jew”—was one of America’s most influential tattoo artists at the beginning of the 20th century. Operating primarily on New York’s Bowery, Lew was credited with many of the designs that have been influential in the tattoo since the turn of the century.

Out of print
One copy only

Ron Ackers, Tattoo-Artist My Life in the 20th Century as a Tattoo Artist

Flash From the Bowery