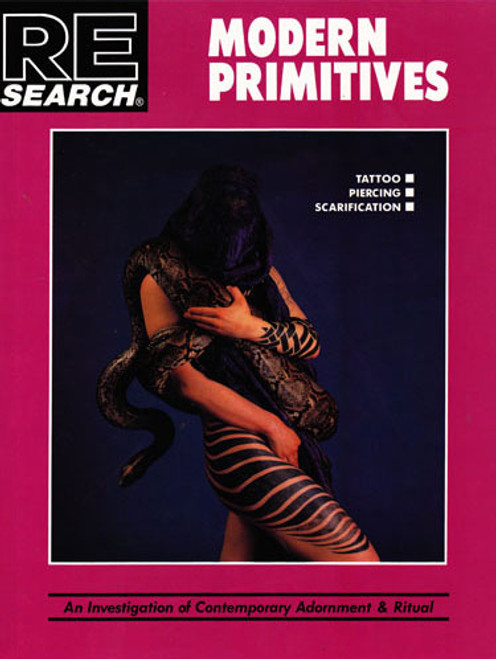 This book about body modification, consisting of a collection of twenty-two interviews and two essays with individuals and key figures involved the field of body modification in the late 1980s. It was one of the first documents to attempt to comprehensively cover the re-emergence and increasing popularity of tattooing, piercing, scarification, corsetry, sideshow, ritual and other practices in contemporary Western Society. At the time of its publication, Modern Primitives was the first text to attempt to comprehensively address the issues, aesthetics and meaning involved in the subject of body modification. Many of the images in the book would have been familiar to persons involved in the movement, but the book exposed several "underground" practices to a vastly greater public, including graphic images of genital piercing and genital bisection and scarification.  20th Anniversary Edition.

Ron Ackers, Tattoo-Artist My Life in the 20th Century as a Tattoo Artist