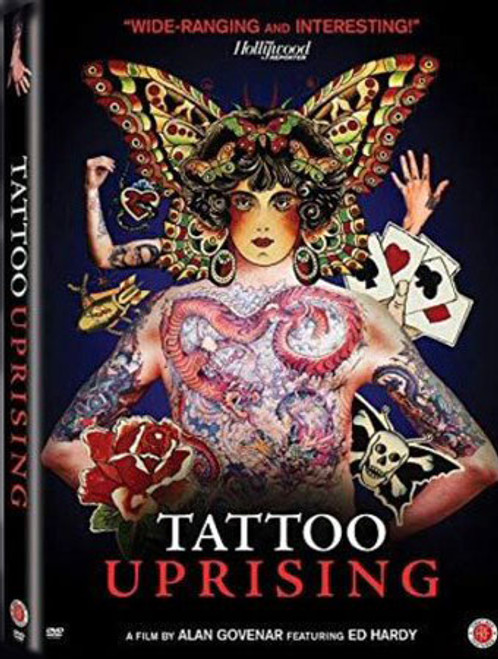 Tattoo Uprising, more than forty years in the making, is a sweeping overview of tattooing, from Biblical references and early Christian practices to the voyages of Captain James Cook and the ever-evolving image of the tattoo in the Western world.

Alan Govenor began work on this film in 1980 while finishing his acclaimed documentary Stoney Knows How. Tattoo Uprising features some of the most extraordinary people of the tattoo world, including Ed Hardy, Stoney St. Clair, Cynthia Witkin, Calamity Jane, and more, as well as an unforgettable appearance by filmmaker Werner Herzog, who allows a rare glimpse at his Ed Hardy tattoo. The film was shot in part by the late legendary filmmaker Les Blank, who also appears on camera.

Tattooing in the Marquesas