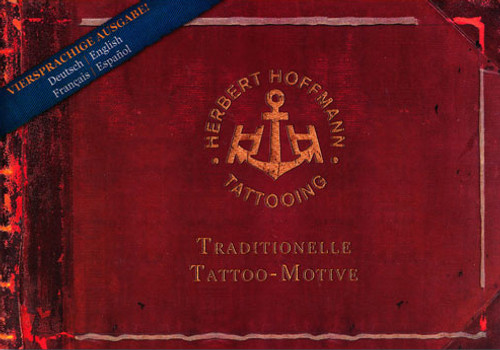 In this illustrated book, Herbert Hoffman (December 1919 - June 2010) presents his collection of traditional tattoo motifs, which he has designed since the 1950s. The collection consists largely of motifs from the field of navigation, because there were mostly sailors who visited the Herbert Hoffmann in his Hamburg. But overall tattoo designs of various kinds are also found in this collection. This is one of the most comprehensive collections of designs from the early days of the German tattoo scene and thus can be considered a real treasure trove is for those who were interested in the origins and roots of the modern tattoo cultural interest.